John was most recently the Executive Director of the Otto Bremer Foundation where he served for 28 years before retiring in 2008. As the executive director, he managed a $30 million grantmaking program and was also active in the work of the Funders’ Collaborative for Strong Latino Communities and the US Human Rights Fund. He has served on the boards of the Minnesota Council of Foundations, the National Youth Leadership Council, the Nonprofit Assistance Fund, and Women and Philanthropy and has been an active member of Asian Americans and Pacific Islanders in Philanthropy, Grantmakers Concerned for Immigrants and Refugees, Hispanics in Philanthropy, and Native Americans in Philanthropy. Prior to joining the Otto Bremer Foundation John worked as the executive director of the Minnesota Governor’s Rural Development Council and directed the Office of Community Development at Southwest State University.  Before moving to Minnesota, he worked with the Department of Industry, Labor, and Human Relations of Wisconsin and served seven years with the Peace Corps in Latin America. He is a graduate of the University of Notre Dame and the University of Wisconsin.  Since his retirement he has studied photography at the Minneapolis College of Art and Design. 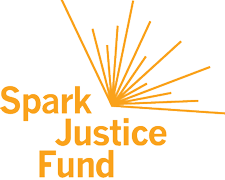