Making Space for Healing and Care: Planning a Convening that Centers Grantees 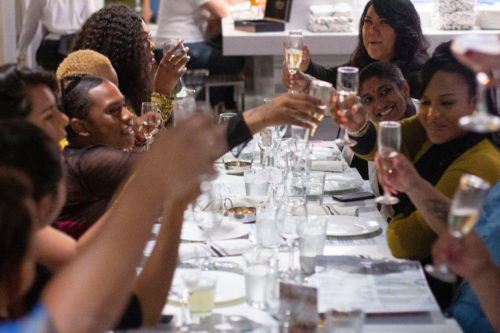 In March 2020, the Transforming Movements Fund hosted a convening for eight of its Young Trans Women of Color (YTWOC) grantees in Miami, Florida. YTWOC is a grantmaking program that helps address the lack of resources supporting women of color leaders who are organizing on trans issues.

This convening was planned and designed for these leaders and organizers to build relationships with each other and learn from each other’s work. In addition to sessions focused on developing financial sustainability and building networks and multi-racial solidarity, the convening also prioritized self-care that was directed by the grantees, taking the form of massages, coaching, manicures, and more.

Given that the convening took place shortly before the COVID-19 pandemic made in-person gatherings like this no longer possible for the time being, our TMF program staff wanted to share their reflections on what made this convening meaningful, what it takes to plan a grantee-centered convening, and how they will take their learnings from this in-person convening to inform future virtual gatherings:

What did you learn about what it takes to plan a grantee-centered convening? What made the space meaningful?

Dani Martínez (Dani): One of the baselines of even having this convening was because folks asked for the space, and that in and of itself helped change the mood and vibe.

Cecilia Gentili, our consultant who led the planning, was really dedicated to serving grantees. This was true for the programming and sessions, and also in terms of deciding on the right balance between unstructured and structured space.

A lot of our planning and process was informed by the convening that Borealis’ Communities Transforming Policing Fund and the Astraea Lesbian Foundation for Justice’s Freedom from Criminalization Fund co-hosted in May 2019. Astraea brought a well-developed healing justice lens that I learned a lot from. One of the key pieces during that convening was that it did not feel like the care activities, like acupuncture and massage, were secondary to having sessions focused on strategy and organizing. That was different than what I’ve seen in other funder-driven convenings. The folks we support are doing powerful work for the sake of all of our liberation, and people are tired and need healing and rest. 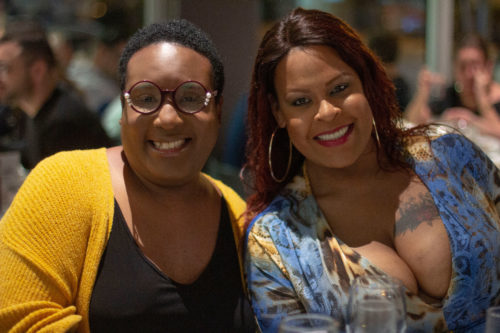 Seeing that model in action gave me a path forward on following the direction of our grantees, who wanted half the time for self-care, relaxation, and fun, and half the time for in-depth conversation. That made this convening both a space to relax and to let trust and relationships start or deepen organically. Relationships are already what drive people’s work and what drives organizing.

I’m reflecting now on how our grantmaking practices can reflect those values of being less taxing and having more time for the care that is necessary.

Nichelle Brunner (Nichelle): I think it’s also important to note that this was a grantee convening centering trans women of color who tend to be the least funded in philanthropy and who don’t get these opportunities.

The space made us better grantmakers because the girls had notes for us on the message to send the funders. It goes back to that trust and listening element. They know what they’re doing, and so I’m going to listen to them and trust their work. Being in that space deepened that trust and will shape our future grantmaking.

Dani: I felt a sense of scarcity in terms of in-person time together and how precious that time is. We could have had more spaciousness of unplanned and unstructured time because that’s the spontaneous time when people can be self-directed and form relationships authentically as well. 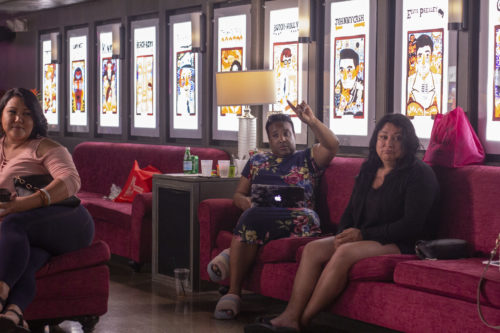 Nichelle: One reflection I have is that we needed more time to plan. Also, in the future, I would ask the grantees up front how involved they wanted us to be. Dani and I came with the assumption that with us being the only cis women in the group and being funders, we didn’t want to occupy space in the conversations grantees were having, but we found out later that it would have been helpful to have a funder voice in certain conversations.

What was your planning process? How were grantees involved?

Nichelle: The location was set by grantees. We initially were thinking about New Mexico, but the grantees wanted to be somewhere warm on a beach. That’s what led to us deciding on Miami.

When it came to identifying facilitators, we leaned on our team at Borealis a lot. For example, the Fund for Trans Generations team looked over our RFPs for facilitators, and gave suggestions on who to send it to. We were really trying to uplift the work of trans women of color, which led to us working with Cecilia, LaLa B Zanelle, Chanel Lopez, Christy Fana, and Eve Harlowe. Chanel did a trans 101 training with the hotel staff that I attended. That made our experience better staying at this hotel, and it was helpful for the hotel staff to learn about the communities they were going to be hosting.

The results of the grantee survey that Cecilia put together indicated an interest in massages, so we looked for trans women of color to give massages in the area. We hired a Black trans woman who did all of the photography and videography. We wanted to prioritize the expertise from within the community and uplift these women who typically aren’t given these opportunities.

Dani: This was a great opportunity to think beyond our grantmaking — when we spend money, how do we spend it to support trans women of color?

Grantees also shaped the agenda with Cecilia—she reached out to understand what success looks like in their work, what are frustrations and road blocks, and that’s what she used to create the agenda.

This gathering happened before the pandemic, and now it seems like in-person gatherings won’t be possible for a long time. How will you bring what you learned from this convening to virtual gatherings?

Nichelle: It was an initial virtual gathering that pushed us to make this in-person convening happen. Now it’s for us to figure out how to keep connection going within virtual spaces. 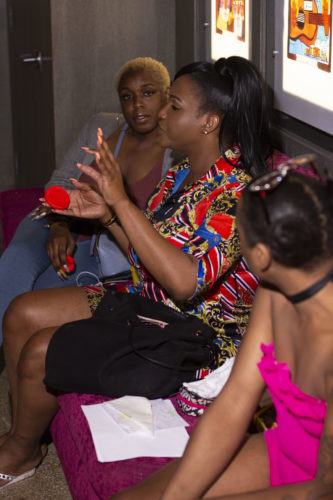 Dani: As there is more of a shift to virtual space, it feels important to have a mind of experimentation and adaptation.

In person, there usually wasn’t enough time to go as deep as we wanted. We often had to shift our expectations of how much could be covered within a block of time. Things done virtually can require even more time to go deeper or to get a task done. Being loose with expectations around time and having unstructured space for folks to be together is important. Let’s let the conversations that are happening right now be what they are.

Nichelle: What I’ve learned about being in a virtual space — vulnerability is something that is really shining through. People are being transparent about what they’re going through.

Dani: Right now, part of how we take care of each other is not being in person with each other. How else can we care for each other and build relationships since we can’t be in physical space together? In order to work in philanthropy and move money as effectively as possible we need to be in relationship and have some level of trust. Part of what needs to shift is trying as funders to trim down work we create for grantees so they can do their work rather than fundraising. If we can move money more easily, that can clear space for relationship building—whether it’s virtual or in-person—both among grantees and between funders and grantees.