Trans(forming) is an intergenerational metro Atlanta membership-based organization led primarily by and for trans, intersex, and gender non-conforming people of color, assigned female at birth. Through advocacy, education, leadership development, collective action, coalition-building, and direct service, Trans(forming) works to ensure trans GNC communities live with dignity, wellness, and connection for liberation. Trans(forming) addresses basic needs and builds a sense of community among its members, while also mobilizing to transform oppressive institutions and systems.
In 2013, as a founding co-anchor organization of the Solutions Not Punishment Collaborative (SNaP Co), Trans(forming) began organizing to end the criminalization of their communities and to transform the culture and institutions that affect their lives.

As the global COVID-19 pandemic unfolds, the impact on all of us changes everyday. As funders—foundations, individual 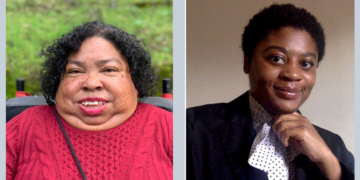